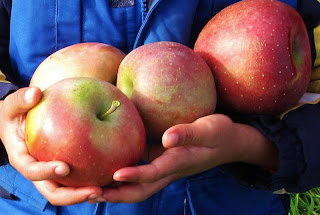 I would have never thought of making a soup with apples. However, it happened after I saw a friend who makes the most delicious cookies and cakes and so we often end up visiting to say hello and it helps that they live in the neighborhood. They have also shared a lot of gardening tips with me and gifted several plants that all Indian families love to have like curry patta, betel leaf plant, bamboo, jasmine etc. They often go out to pick their own vegetables and fruits from local farms. It was after one such trip that they shared about how they picked buckets of apples from a local farm and I was curious to know how they were going to use all those apples. They told me that they made a vegetable korma using apples! Maybe it is a common thing but I had never heard of it and it amused me and made me think of apples in a different way. 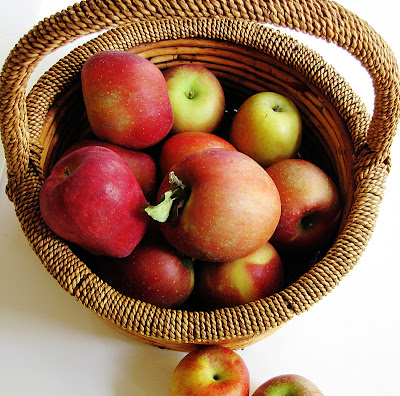 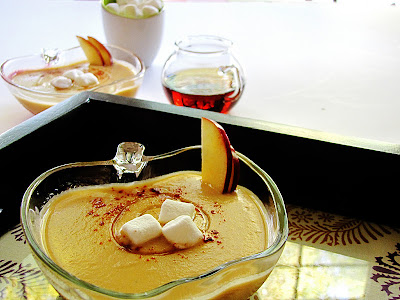 As it happened, we too had visited the same farm and had our own little bucket of apples. I was thinking of eating one during lunch every day and then maybe make an apple cake or pie? I was thinking more about the traditional recipes with apples.
However, when I heard about that apple korma I began to think about using my bucket of apples for something a little different and that is when I decided to make a soup with it. I added blanched almonds for making it thick and creamy and some maple syrup for added sweetness.
Ingredients
Two large apples
1-cup almonds
Two sticks of cinnamon
1 star anise
½ tsp. chopped ginger
2-3 bay leaf
4-5 cloves
1 tsp. black pepper
2 tsp. smoked paprika
Some freshly ground black pepper
¼ cup pure maple syrup
2 tsp. sea salt (according to taste)
2 cups apple cider
Water as needed to thin the soup
Any soft cheese ¼ cup (flavored ginger mango stilton would be delicious but I did not have it at this time) 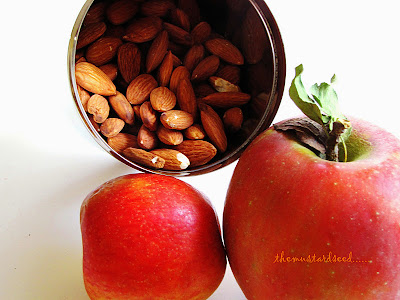 Peel and slice the apples. Apply olive oil and salt and roast them in the oven for 15 minutes or until the apples become soft and nicely browned from outside. The apples should not burn but look caramelized.  Soak the almonds for a few hours to blanch them. Peel the skin and keep the almonds aside. 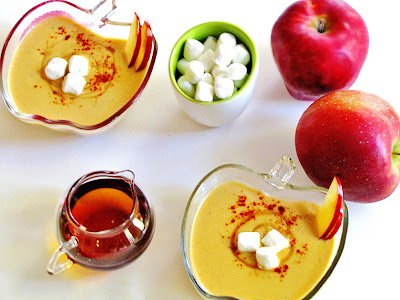 Heat a tablespoon of butter with a little olive oil and add all the spices (cinnamon, cloves, ginger, star anise, and bay leaf). Add the apples, almonds, and mix everything well. Now pour the apple cider, salt and maple syrup. Adjust seasoning according to taste. Cover and let simmer for a few minutes. Now remove the whole spices with a slotted spoon. Blend the soup very well until it becomes smooth and creamy. Now add the cheese and mix. To serve, pour the soup in a bowl and top with a drizzle of maple syrup, marshmallows and a dash of paprika if desired. The soup is rich and filling therefore the serving size should be smaller I enjoyed it with a grilled cheese sandwich for dinner. 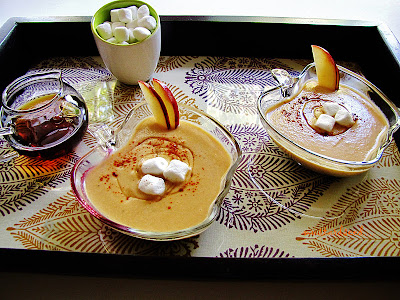 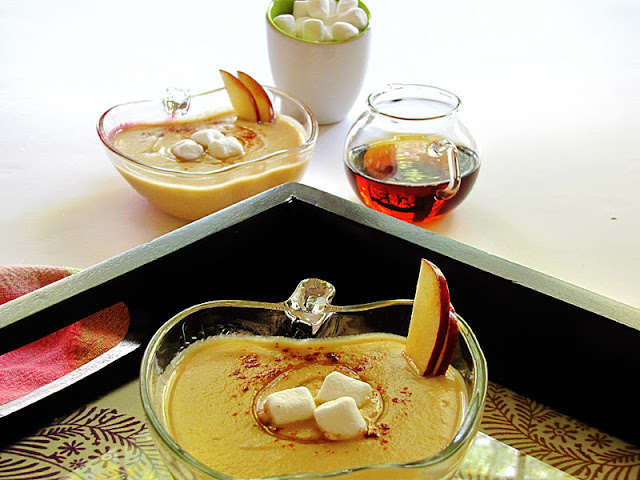 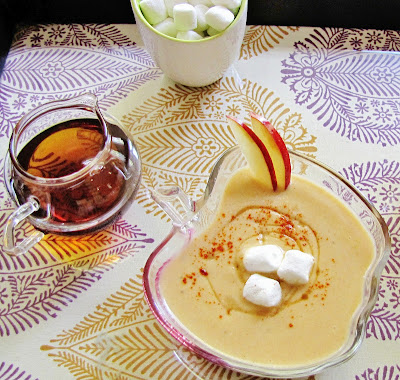 Posted by themustardseed at 6:13 PM