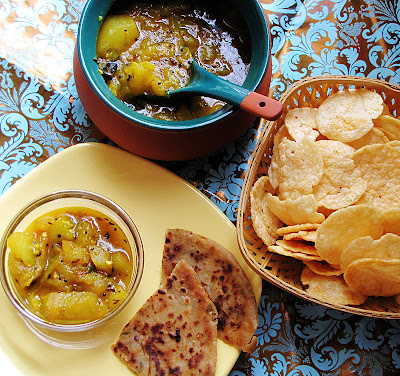 One of my all time favorite movies is fried green tomatoes. No and I don't think it is because the title sounds so delicious or because food/restaurant as a theme runs throughout the film. I love the story, the characters and the the setting and the message of endurance the film portrays (to me at least) I think it also had to to with the time in my life when I watched this film and I am sure we all are influenced or inspired by films or music or a novel sometimes if it relates to touches your life at that time. 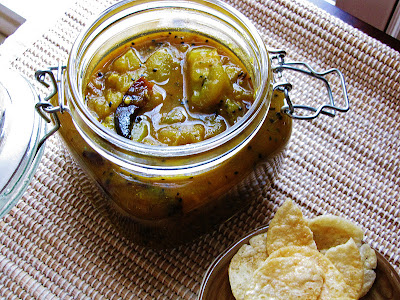 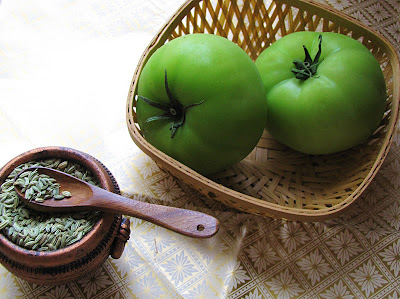 It is true though that I tried to make fried green tomatoes for the first time only after seeing this film. I bought the store bought batter mix first and I think it was the whistle stop brand? Not sure now but whistle stop was the name of a station in the film. I loved eating fried green tomatoes! I started making my own mix as it was really simple and it came out very well. 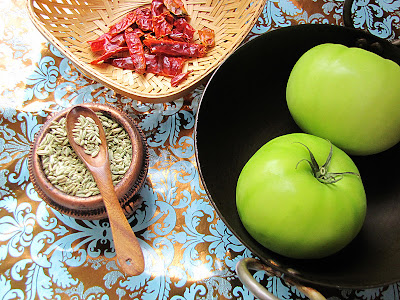 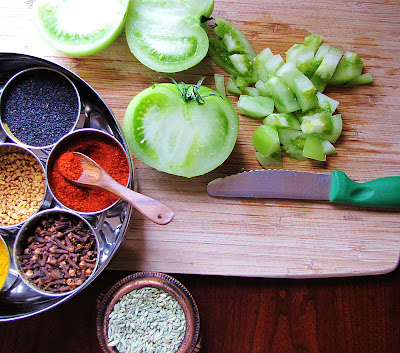 Maybe I should make it and post a recipe. But this is another recipe using green tomatoes and it is delicious. I love having this with paratha or puri. It goes very well with crackers or chips. 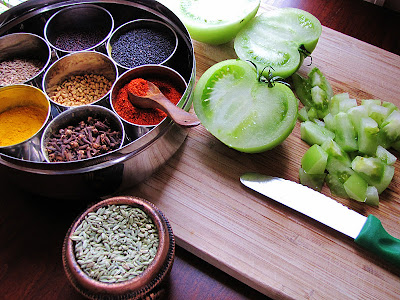 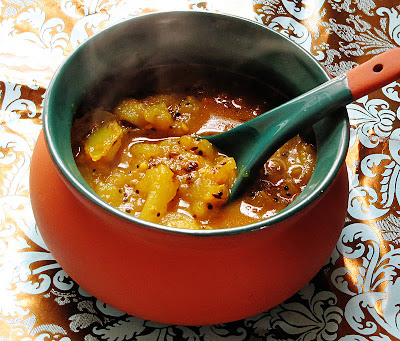 Method
Heat oil in a pan. Add all the seeds and once they crackle, add the whole red chillies and asafoetida, red chilli powder and turmeric powder. Quickly add the chopped green tomatoes and stir well. Now add the salt and sugar, little water and cover the pan. Let it look for about 5-7 minutes until tomatoes become soft yet not mushy. Taste for seasoning and adjust salt or sugar. 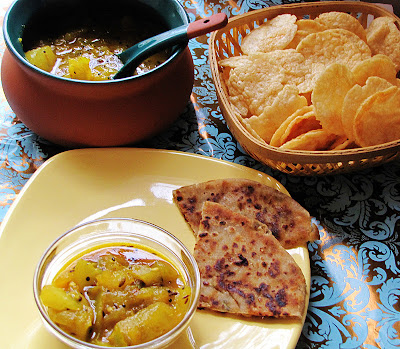 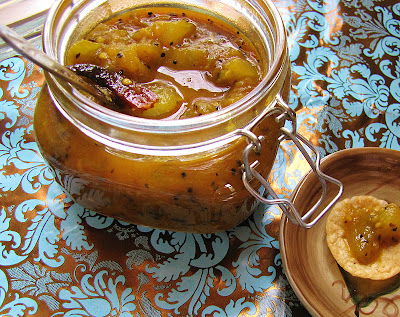 Posted by themustardseed at 5:52 PM